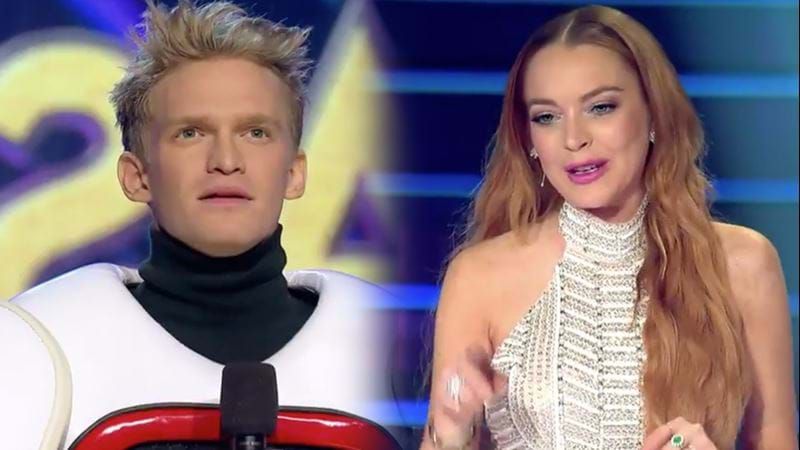 Lindsay Lohan simply can’t hide the animosity she has toward Cody Simpson … and it seems she doesn’t think much of Miley Cyrus either.

Lindsay’s beef with Miley’s new man apparently stems from his time dating her sister, Aliana. She shared a photo of Cody with Ali Monday night, writing … “When you realise you failed. And you settle for less.”

She added … “family is everything you won the masked singer but you lost on your future.”

So, yeah … shots definitely fired in Miley’s direction, even though Lindsay tried to take them back by deleting the post.

Lohan first revealed her issues with Simpson on Australia’s inaugural season of “The Masked Singer” — she’s one of the judges — as she guessed the masked man in the Robot costume was Cody.

Turns out she was right, but before he was unmasked Lindsay dished the dirt, saying … “If it is you, we have a lot to talk about, and this is not the arena for it. I want my furniture back! Because I bought your furniture for your house in Venice!”

The crowd and the other judges loved the drama, but Cody got the last laugh by being crowned the winner … even though Lindsay thinks he’s still taking the L.

As for Lohan’s furniture claim … her fellow ‘Masked Singer’ judge, Jackie ‘O’ Henderson, says Lindsay told her she furnished Ali and Cody’s new place in Venice Beach back when they were dating in 2018.

Shortly after, Cody broke up with Ali and they moved out of the pad … and apparently, Lindsay never got her stuff back. It’s unclear if Cody even knew what she was talking about … because he was still in the Robot suit.

Update according to TMZ.com

11:30 AM PT — As for the furniture dig on “The Masked Singer” … our Lohan source says it was nothing more than an inside joke. We’re told LiLo and Simpson are on good terms … they’ve even chatted about music since the show’s finale.

9:49 AM PT — A source close to Lindsay says the post was not directed at Miley — Lohan loves Miley — but was only a shot at Simpson and his former relationship with Aliana.