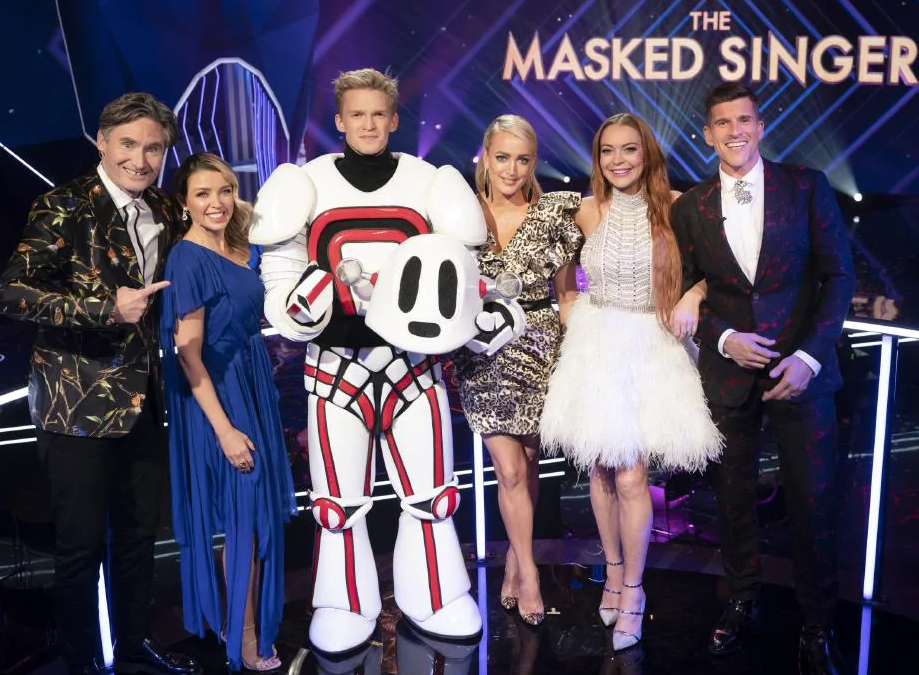 Ten has confirmed that hit music television show The Masked Singer will return for a second season in 2020.

The show, which originally emerged in Korea and has since been sold to markets all over the globe, will once again see masked celebrities sing in costume as audiences and judges try to guess their identities.

12 new celebrities will take to the stage this year, vying to take home the ultimate crown after Cody Simpson won series one.

âThe most over-the-top costume party will see our new masks bravely step into the spotlight for season two of the runaway hit sensation that had viewers across Australia screaming âtake it off!â said TenÂ in a press release.

Judges Jackie âOâ Henderson, Dave Hughes and Danni Minogue will all be back in 2020 as well.

American actor and singer Lindsay Lohan was originally scheduled to return for the second series of the show, but has been forced to pull out as she canât travel from her base in Dubai due to coronavirus restrictions.

Ten confirmed to theÂ Daily TelegraphÂ that a new panellist will be announced shortly. âWhile we are disappointed that Lindsay canât join us, we are lucky enough to have a sensational new panellist on the desk for this season. They will join Jackie O, Dannii Minogue and Dave Hughes, along with 12 new celebrities and 12 new masks.

âWe can hear you yelling; âtake it offâ from here, but we will unmask our new panellist very soon. Stay tuned!â

Ten has revealed that this yearâs costumes will include The Dragonfly, The Hammerhead, The Kitten, The Wizard, The Frillneck, The Sloth, The Cactus, The Goldfish, The Bushranger, The Queen, The Puppet and The Echidna.

Last yearâs season finale peaked atÂ 1.37 million viewers, and Ten will be hoping that a second season can replicate those numbers on a consistent basis. 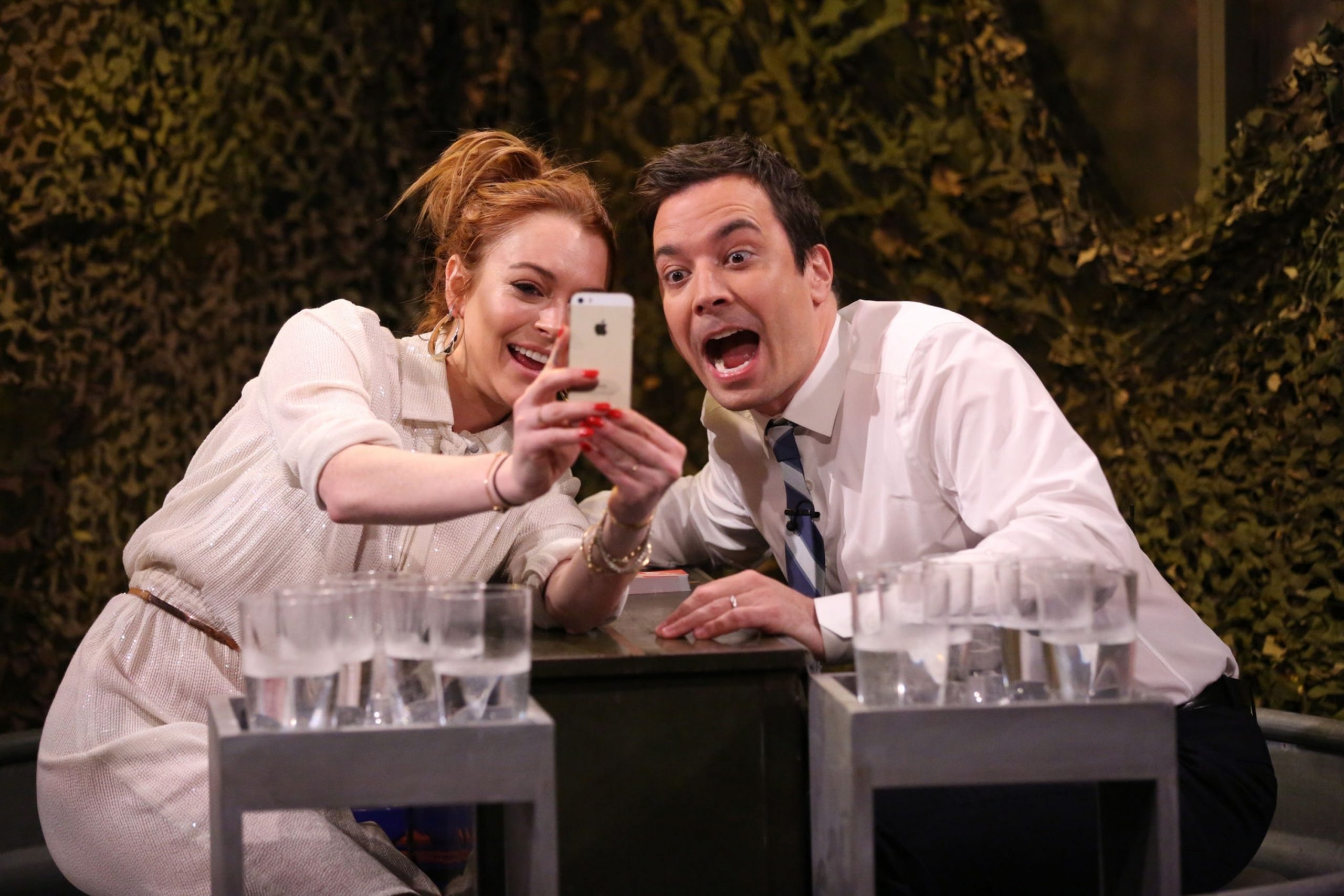 First off, let’s give Lindsay a happy 34th birthday. In honor of her birthday I’ve managed to add all public appearance from 2014-2015. Hopefully I can continue to add more stuff in the coming days as part of the week! 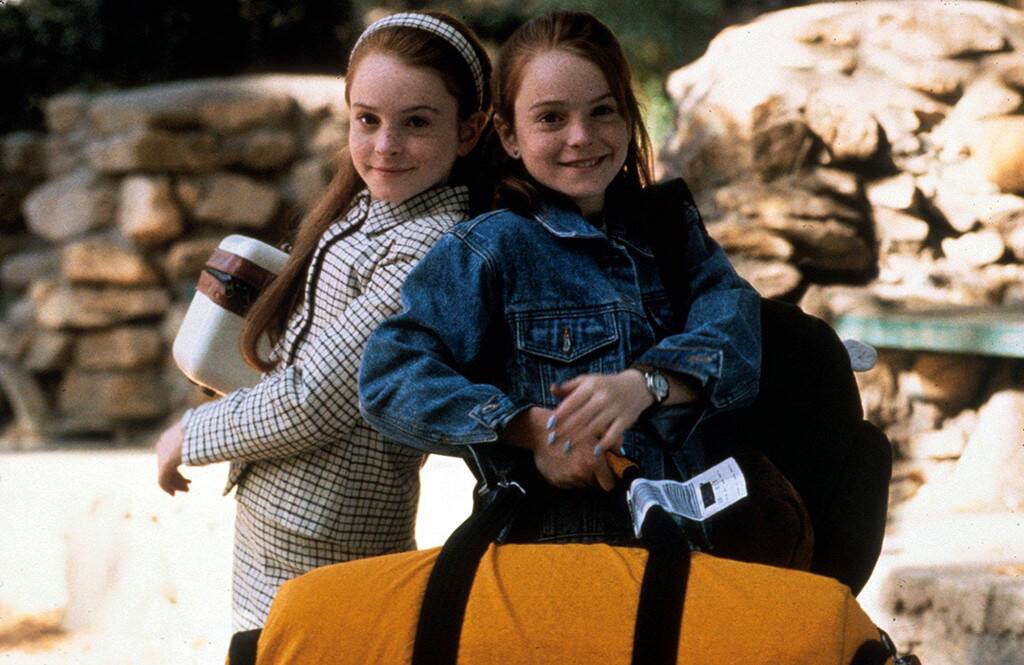 Nancy Meyers’ remake of the 1961 classic The Parent Trap hit theaters in the summer of 1998.

And on Wednesday afternoon, the 70-year-old film director revealed to her substantial Instagram following that she has ‘some #ParentTrap news to share next week’ and that ‘#ItsGoingToBeFun.’

Included with Meyers’ vague announcement was an on-set photograph that showed her carefully directing a then 12-year-old Lindsay Lohan in a scene with co-star Elaine Hendrix. Meyers’ post sent fans of the film into a frenzy as they took to the comment section to beg her for clues, while hypothesizing the probability of virtual cast reunion.

‘What could it be,’ was a comment written by many who grew up watching the beloved remake. The Parent Trap – which celebrated its 20th anniversary in 2018 – raked in over 92million dollar at the box office and starred the likes of Lindsay Lohan, Natasha Richardson and Dennis Quaid.

Lindsay iconically portrayed the film’s twins, Annie and Hallie, who, after meeting by chance at a summer camp, concoct a plan to trade places so they can spend time with a parent they have never known.

Richardson and Quaid play the twins’ divorced parents who reside on opposite sides of the Atlantic.

Even with Quaid’s character’s girlfriend – played by Hendrix – risking the fate of their plan, Annie and Hallie hope their elaborate scheme will work to make their family whole once more. As of yet, none of the cast members of The Parent Trap have taken to social media to add to Meyers’ announcement.

In mid-April, Nancy took to Instagram with some The Parent Trap fan trivia by confirming that she not only named the characters in the remake after her daughters, but that she also featured them in the film.

Hallie, 32, and Annie, 39, were cast as extras and eagle-eye fans were able to spot which scenes they appeared in.

‘When you put your kids in your movie and 22-years later theyâre spotted. (Especially when you name the leads after them!),’ captioned Meyers.

Lindsay Lohan, herself, ‘liked’ the throwback post, which featured a grab of her younger self from the film.

Since entering quarantine, Meyers has been providing her online following with plenty of nostalgia by sharing personal photos taken during the production of some of her most iconic films. One photo – shared on Monday – was taken on the set of Meyers’ 2006 romantic-comedy The Holiday.

The film starred Jude Law, Cameron Diaz, Jack Black, and Kate Winslet as the leads – played by Diaz and Winslet – happen upon love while vacationing on opposite shores.

The back-to-back portraits posted by Meyers showed the cast gathered around her as they laughed and watched back scenes. Another photo – shared on April 30 – was take on the set of Meyers’ comedy-drama The Intern starring Robert De Niro and Anne Hathaway.

‘On the set of THE INTERN. We were shooting in the little girls room. I asked Bob if i could take his picture,’ she captioned.

The photo showed De Niro laying in a bed covered in pink and white bedding as he donned a suave suit and navy blue tie. 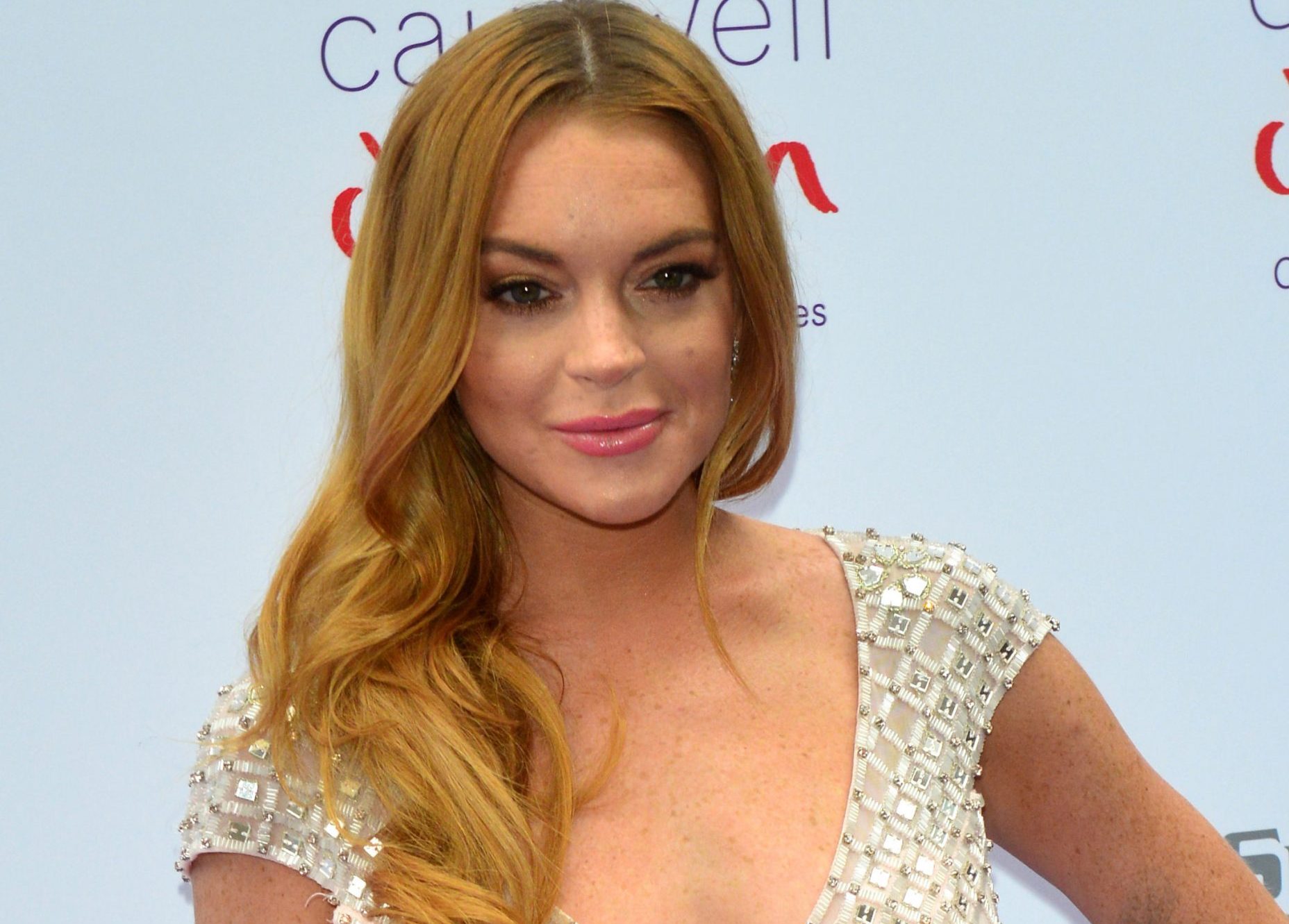 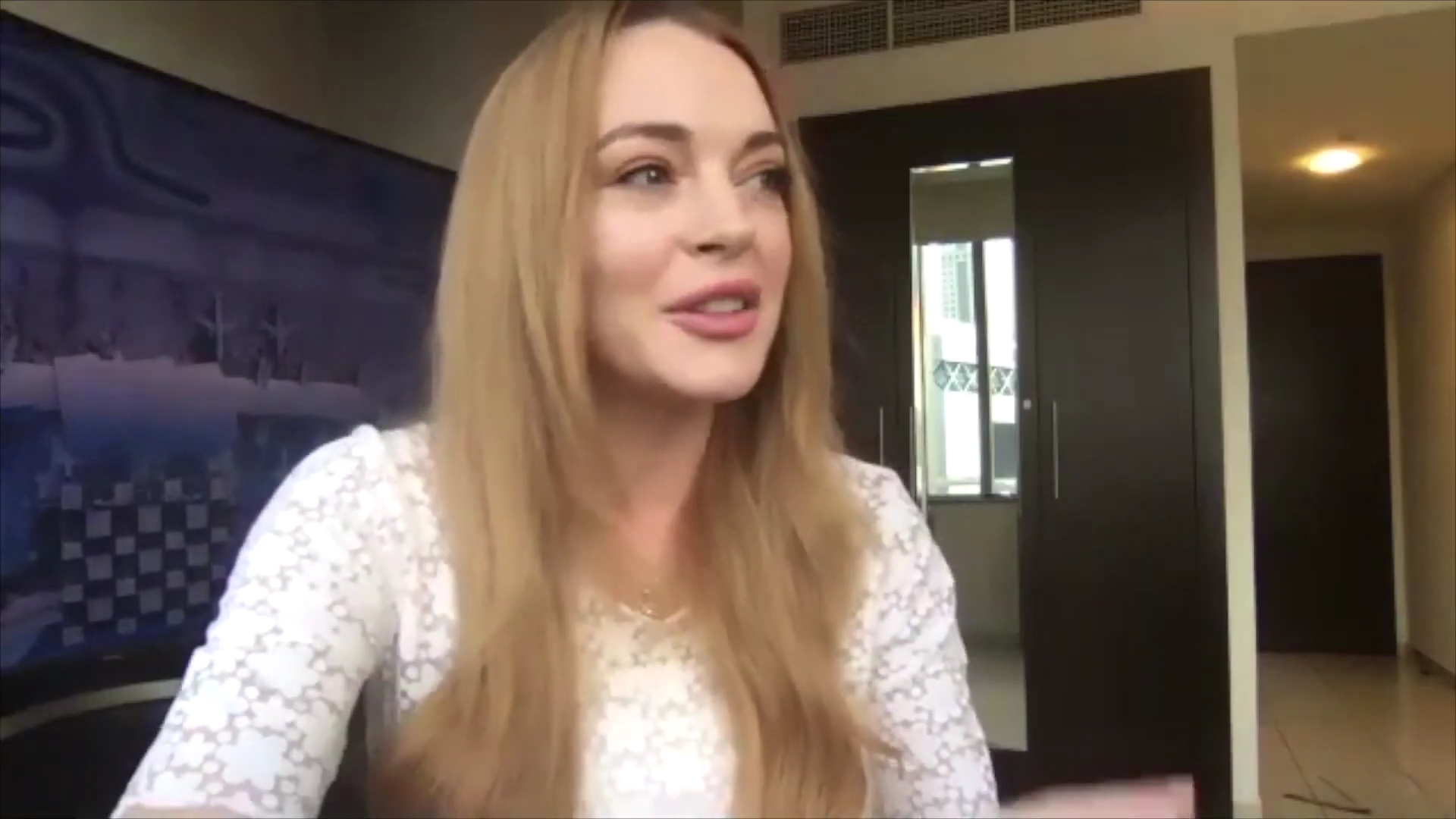